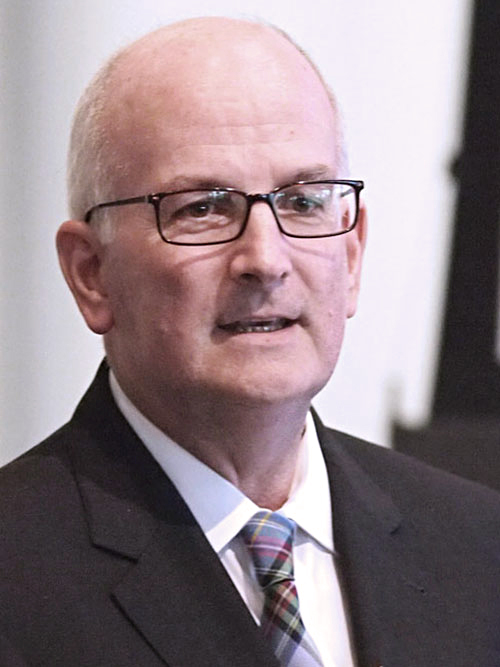 Kevin B. Mahoney is Chief Executive Officer for the University of Pennsylvania Health System (UPHS). He assumed this role on July 1, 2019.

Since joining Penn Medicine in 1996, Mr. Mahoney has led several transformative construction projects which have expanded and enhanced Penn Medicine’s clinical care, teaching, and research missions, including the Smilow Center for Translational Research and the Henry A. Jordan M’62 Medical Education Center. He oversaw the implementation of a common electronic health record platform, the only comprehensive system of its kind in the Philadelphia region.

Mr. Mahoney directs the development and construction of a new $1.5 billion hospital, The Pavilion, which will house inpatient care for the Abramson Cancer Center, heart and vascular medicine and surgery, neurology and neurosurgery and a new emergency department. The largest capital project in Penn’s history, The Pavilion is expected to be completed in 2021.

He is a graduate of Millersville State College, where he earned a bachelor’s degree in Economics, and he holds an MBA and a doctorate from the Fox School of Business at Temple University.

Difference Between Users and Nonusers of a Patient Portal in Health Behaviors and Outcomes: Retrospective Cohort Study