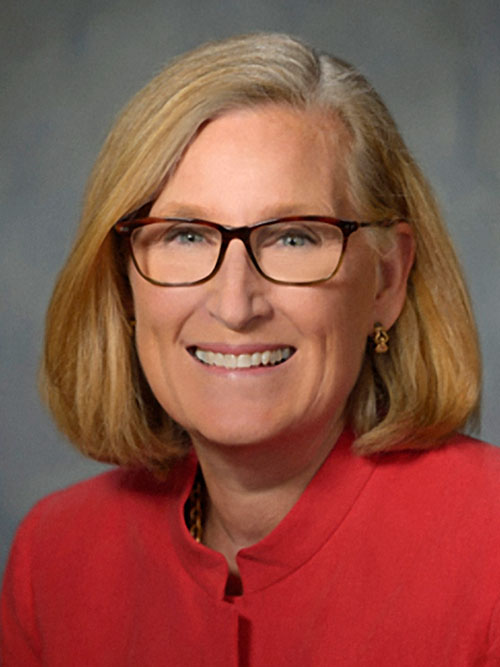 Deborah Driscoll, MD, is the Senior Vice President for the Clinical Practices of the University of Pennsylvania (CPUP), Vice Dean for Professional Services in the Perelman School of Medicine. In this role, Dr. Driscoll leads CPUP’s departmental practice plans and has executive oversight for all strategic, operational, financial, and clinical aspects of the organization.

Dr. Driscoll is widely recognized as a transformative leader, serving for the past 14 years as chair of the Department of Obstetrics and Gynecology, where she has helped to build one of the most highly regarded OB/GYN departments in the country for research, clinical programs, and teaching. During her tenure, Dr. Driscoll has developed numerous innovative programs addressing issues ranging from pregnancy loss and family planning to premature birth and remote monitoring for new mothers. As an obstetrician-geneticist, Dr. Driscoll is internationally recognized for her research on the 22q11.2 deletion syndrome, genetic screening, and the care of women with genetic disorders.

Dr. Driscoll was elected to the Institute of Medicine in 2010 and as an honorary fellow of the Royal College of Obstetrician and Gynecologists in 2016. She is the Director of the Center for Research on Reproduction and Women’s Health. She served on the Board of Directors of the American College of Medical Genetics and as President of the American Board of Obstetrics and Gynecology and the Council of University Chairs in Obstetrics and Gynecology. Dr. Driscoll served as the inaugural PI of the March of Dimes Prematurity Research Center at Penn and serves on the Public Policy Advisory Committee.

The DISCO App: A pilot test of a multi-level intervention to reduce the financial burden of cancer through improved cost communication

Assessment of Financial Toxicity Among Older Adults With Advanced Cancer

Screening for Down Syndrome: Changing Practice of Obstetricians