In our study of nearly a million patients with newly diagnosed breast, colon, or lung cancer, the Affordable Care Act’s Medicaid expansion was associated with a decreased rate of uninsurance and a shift toward earlier-stage cancer diagnosis. Despite concerns that coverage expansions would result in longer wait times for treatment, my colleagues and I found no evidence that Medicaid expansion worsened access to timely cancer-directed therapies.

After the U.S. Supreme Court ruled that state adoption of Medicaid expansion was optional, 24 states and the District of Columbia expanded their Medicaid programs on January 1, 2014, setting the stage for a natural experiment of the program.

My colleagues and I used data from the National Cancer Database (a hospital-based registry that includes more than 70% of all new cancer diagnoses in the U.S.), to compare the proportion of uninsured patients, the proportion of early- and late-stage diagnoses, and the proportion of patients treated within 30 and 90 days of diagnosis, among patients residing in expansion and non-expansion states before and after January 2014.

First, we showed that expansion was associated with a decreased rate of uninsurance (Figure 1) and a shift toward earlier-stage cancer diagnosis (Figure 2), confirming and extending preliminary studies of the ACA one year after its implementation. 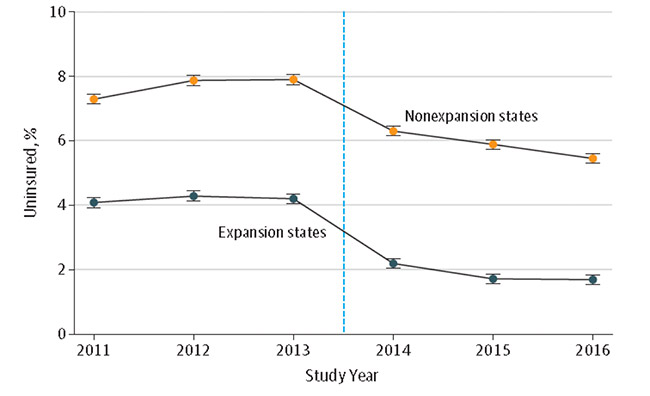 Figure 1. Percentage of newly-diagnosed patients who are uninsured 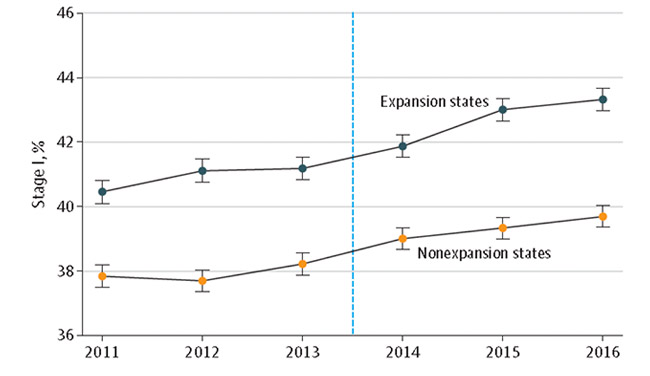 In our main analysis, we found no significant difference-in-differences in timely treatment associated with Medicaid expansion. In expansion states, the percentage treated within 30 days declined from 52.7% pre-expansion to 48.0% post-expansion (difference of -4.7 percentage points). In non-expansion states, this percentage declined from 56.9% to 51.5% (difference of -5.4 percentage points). Results were similarly non-significant for the percentage treated within 90 days of diagnosis, and persisted in analyses of clinically relevant subgroups, such as those receiving systemic or surgical treatment. 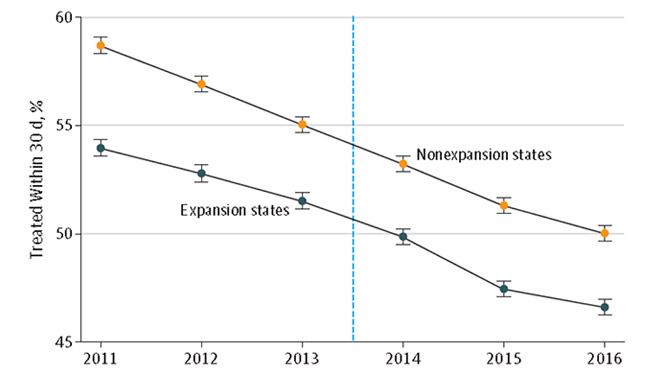 While we found no difference between expansion and non-expansion states in timely treatment, we found an alarming decrease in the percentage of patients treated within 30 days across all states over time, as shown in Figure 3. This could reflect a cancer care delivery system at the brink of its capacity in the face of growing cancer prevalence, increasing complexity of care, and looming workforce shortages. In this context, it was particularly reassuring that our study found no evidence of treatment delays associated with Medicaid expansion, which could have represented a “stress test” on the system. We are currently digging deeper into this unexpected finding.

~ ~ ~
Samuel Takvorian is an instructor in the Division of Hematology and Oncology at Penn’s Perelman School of Medicine, an Inovation Faculty member at the Penn Center for Cancer Care Innovation (PC3I), and an LDI Associate Fellow. 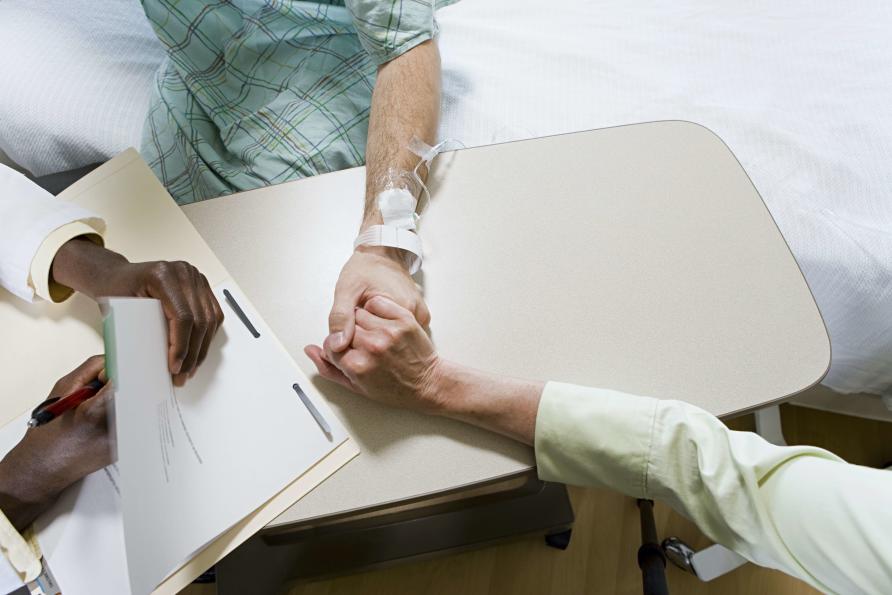 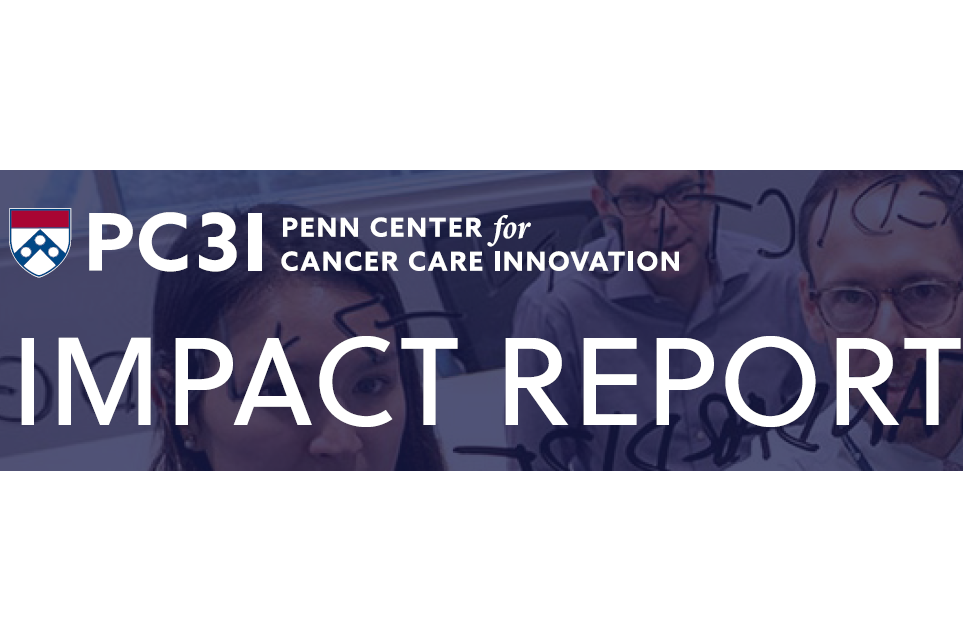